I have had a lifelong affinity for clean and simple lines. These designs often pop up in Finish and Japanese designs. The simplicity and rhythm of arrayed lines is so captivating to me. I selected a work by George Nakashima, because it is the foundation of most of the designs that I enjoy the most. A more rectangular form and clean lines. I have been reworking my office and these vertical lines I have been playing around with to find the right proportions before moving into the final design. I have also been playing around with stains to get the right color and sheen. George Nakashima’s form and rhythm is what is driving most of the design decisions.

My main desk is made of Walnut and differing Walnut veneers, but I have been using Ipe for my vertical pieces as the grains provide interest in depth when it is stained.

“We are living in an incredibly exciting and slightly absurd moment, namely that preservation is overtaking us.” 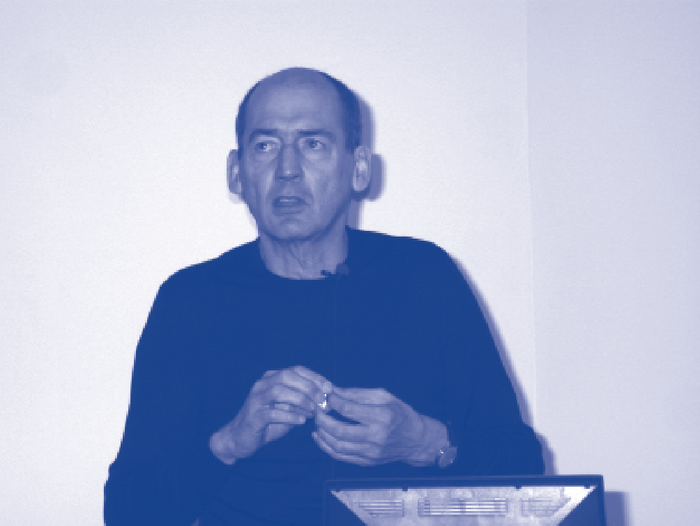 I want to start with a project in China because the current context there is paradoxically both one inviting gross financial abuse and a potential laboratory for other investigations.

In addition, by comparing various rates of urbanization from different regions of the world, you see that urbanization in America and Europe slowed down in the 1970s while in East Asia, and China in particular, the rate began to substantially increase. Coinciding with urbanization, if you plot architectural publications, you will see a timeline that suggests Europeans and Americans were incredibly active in terms of producing architectural manifestos and architectural thinking, but that our thinking stopped in the 1970s when we stopped urbanizing. Books like Learning from Las Vegas, published in 1972, is one of the books near the end. And if you look carefully at what we’ve produced since then, it’s mostly reactionary tracts against the city and against modern architecture.

This is an interesting situation because it means that China, at the moment of its greatest need, cannot in any way benefit from any thinking or Western doctrine for the creation of the city. It means that almost anything that is architecturally important in China is entering both an absolute ideological void and a completely defenseless situation.

The projects we are working on are an attempt to think about the Chinese situation and see what its potentials are. It is very clear that it’s a politically fraught situation because it imposes and raises the inevitable question, to what extent one can collaborate or not with a regime such as the Chinese. And clearly all of our work at the moment is based on a certain assumption about what is happening in China and where China is going under its new president and leadership.

By comparing aerial images of Beijing from 1976 and the early 1990s, you can see an incredible explosion in the scale of construction. The Central Square, with the Forbidden City more or less in the middle, is in the center of Beijing. In the 1990s you can still recognize the Forbidden City and its system of lakes, and around it, more or less intact, is traditional Beijing, the “hutongs,” that have become a very critical issue in terms of the perception of China’s development and the destructiveness of China’s modernization, both inside and outside the country.

It is undeniably true that the hutong is an unbelievably beautiful and seductive way of inhabiting the metropolis in a way that is still delicate, intimate, and, I would say, old-fashioned. It is also true that in the past Beijing has not always been treated kindly by the Chinese. But it’s also true that through UNESCO and other political pressures, the “destruction” of Beijing has become a very political issue. Just like human rights, preservation is now becoming a hot-button issue that enables different political sides to either sound the alarm of preservation or not.

What we found interesting in the hutongs is that there is not only interest in preserving them from the outside—from America and Europe (which is perhaps rather hypocritical because we destroyed our cities with impunity before anyone could warn us against it)—but also an enormous interest inside China for the specific qualities, the specific urban conditions, that are still present in such enormous numbers in the cores of its cities.

We were lucky in 2002 to receive a commission from the Beijing government that enabled us to investigate and define for China a specific form of preservation. This is one of those unique moments in which we come closer—and maybe I should say in this case that I come closer—to one of my most intimate utopian dreams, which is to find an architecture that does nothing. I’ve always been appalled that abstinence is the one part of the architectural repertoire that is never considered. Perhaps in architecture, a profession that fundamentally is supposed to change things it encounters (usually before reflection), there ought to be an equally important arm of it that is concerned with not doing anything.

What we started to do was look at preservation in general and look a little bit at the history of preservation. Now, the first law of preservation ever defined was in 1790, just a few years after the French Revolution. That is already an interesting idea, that at the moment in France when the past was basically being prepared for the rubbish dump, the issue of preserving monuments was raised for the first time. Another equally important moment was in 1877, when, in Victorian England, in the most intense moment of civilization, there was the second preservation proposition. If you look at inventions that were taking place between these two moments—cement, the spinning frame, the stethoscope, anesthesia, photography, blueprints, etc.—you suddenly realize that preservation is not the enemy of modernity but actually one of its inventions. That makes perfect sense because clearly the whole idea of modernization raises, whether latently or overtly, the issue of what to keep. 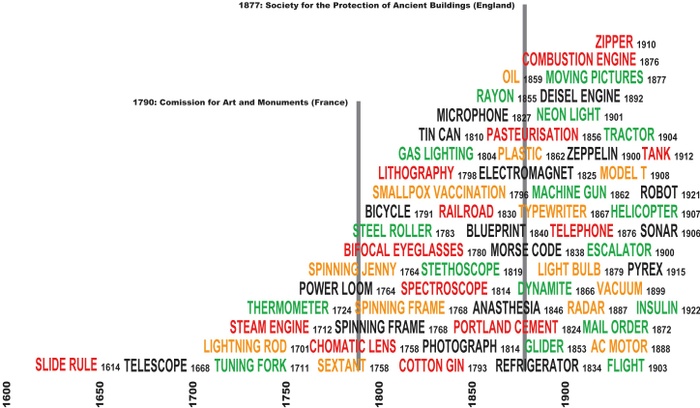 Historic preservation as a modern technological innovation. Courtesy of OMA. We then looked at the history of preservation in terms of what was being preserved, and it started logically enough with ancient monuments, then religious buildings, etc. Later, structures with more and more (and also less and less) sacred substance and more and more sociological substance were preserved, to the point that we now preserve concentration camps, department stores, factories, and amusement rides. In other words, everything we inhabit is potentially susceptible to preservation. That was another important discovery: The scale of preservation escalates relentlessly to include entire landscapes, and there is now even a campaign to preserve part of the moon as an important site. 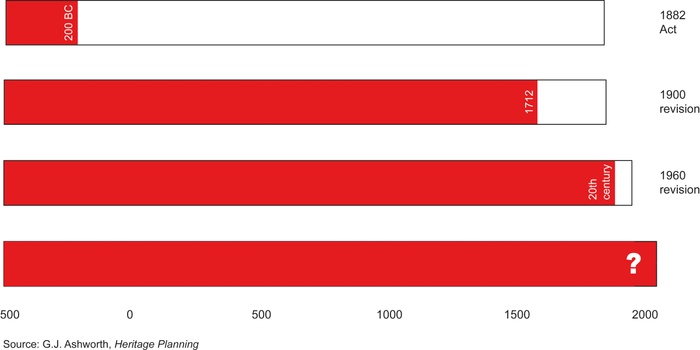 Historically, each new preservation law has moved the date for considering preservation-worthy architecture closer to the present. Courtesy of OMA. Then we started looking at the interval or the distance between the present and what was preserved. In 1818, it was 2,000 years. In 1900, it was only 200 years. And near the 1960s, it became 20 years. We are living in an incredibly exciting and slightly absurd moment, namely that preservation is overtaking us. Maybe we can be the first to actually experience the moment that preservation is no longer a retroactive activity but becomes a prospective activity. This makes perfect sense because it is clear that we built so much mediocrity that it is literally threatening our lives. Therefore, we will have to decide in advance what we are going to build for posterity sooner or later. Actually, this seems an absurd hypothesis, but it has happened, for instance, in the cases of some houses that were preserved at the moment they were finished, putting the inhabitants in a very complex conundrum. 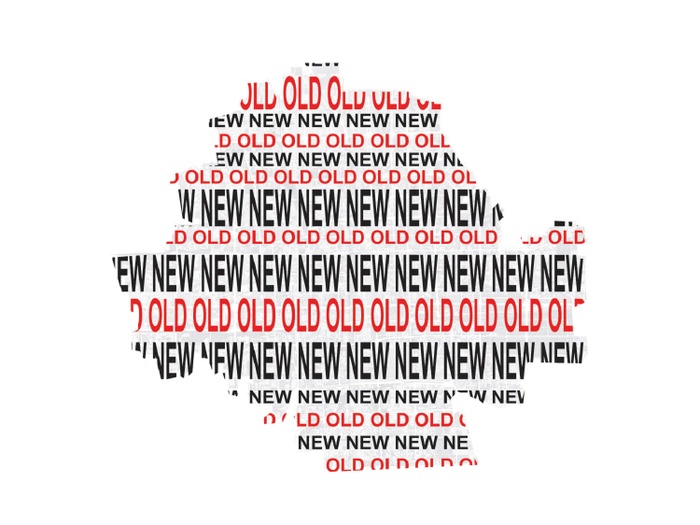 “Barcode” preservation scheme for Beijing where different preservation scenarios can be implemented in horizontal bands. Courtesy of OMA. We then started to look at how to apply this thinking to the issue of preservation. Of course, preservation is also dominated by the lobby of authenticity, ancientness, and beauty, but that is, of course, a very limited conception of preservation. We started to conceive and imagine that you could perhaps impose upon the entire center of Beijing a kind of barcode and declare that the bands in the barcode could either be preserved forever or systematically scraped. In such a case, you would have the certainty that you preserved everything in a very democratic, dispassionate way—highways, Chinese monuments, bad things, good things, ugly things, mediocre things—and therefore really maintained an authentic condition. Also you could begin to plan the city in terms of phasing. In all the cities that now are almost suffocatingly stable in the center and alarmingly unstable at the periphery, you could introduce a new condition of phasing in which, sooner or later, any part of the city would be eliminated to be replaced by other development. You could project and plan over almost millennia to generate a situation in which each part of the city would always confront its opposite in a kind of complementary condition.